A Broadstone Welcome to Bariquins

We would like to introduce Bariquins, a recent arrival at Broadstone Mill

“Bariquins was established to produce a quality mannequin that not only looked good by using high class, strong materials and manufacturing methods but is also realistically looking. ‘Barry’ (as our original version is called) is made up of 15 weighted parts, a jacket plus the realistic looking head, hands and feet. The heaviest component is designed to be 16kgs (that’s much less than the weight of a flight suitcase). Carrying handles are provided on all the heaviest body parts. Simple connectors are used allowing the Bariquin to be assembled in less than 10 minutes. A system of decals placed on the parts easily identifies where each section fits to assist assembly. A Bariquin overcomes the drawbacks associated with traditional plus-sized mannequins. He doesn’t require a team of trained people to move him to and from the training area. Nor does he need filling with water or emptying afterwards (usually in situ). Unlike using a volunteer, Barry won’t get tired or embarrassed during training and there is no danger of hurting him in a training accident. Barry can also be placed into hazardous environments and in a variety of ‘uncomfortable positions’ to mimic different training scenarios, and because he is modular, Barry can also be used to simulate patients with missing limbs. Barry’s limbs have been designed to replicate those of a real person, with comparable weight distribution giving a more accurate training experience. Barry is designed to withstand demanding environments, as he’s made of impact resistant material which is easy to clean with soap and water.

In June 2015, Bariquins won the ‘Spark Stockport Best Business Growth Idea’ Competition which included a prize of 15,000 worth of business support. Part of the prize included 12 months free office space in Broadstone Mill. Bariquins continues to be based at the mill.

In September 2017, Bariquins was featured in many local and national UK newspapers, including The Times and they also appeared on websites, including the ITV News website. The articles were about the emergency services purchasing Bariquins’ mannequins in order to train staff to deal with the ever-increasing situations involving the rescue or the patient handling of plus-size people.”

Please feel free to contact Bariquins for any further information

For information on the current Current office space we have contact us on one of the following: 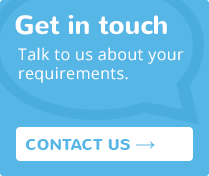